Skip to the content
Backtrack is an operating system that is specially designed for networking security. Bactrack OS is based on Linux. As of this writing the latest version of Bactrack is Backtrack4 with many, many useful applications. Before installing BT4, make sure you have installed Ubuntu on your computer so we can use Ubuntu’s Grub for booting.
Follow these steps to install and configure dual booting Ubuntu / Backtrack4.

In this article we will describe how we can make a USB Bootable drive for Backtrack 4 Linux distribution. The new release is based on Debian/Ubuntu and not on Slackware as it was used to be in earlier versions (Backtrack 3 and below).

In this article the UNetbootin Windows version tool has been used to demonstrate the above scenario. 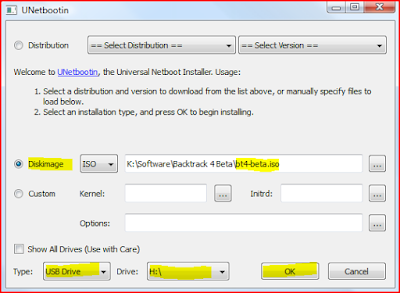 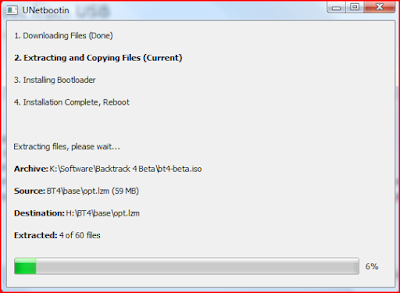 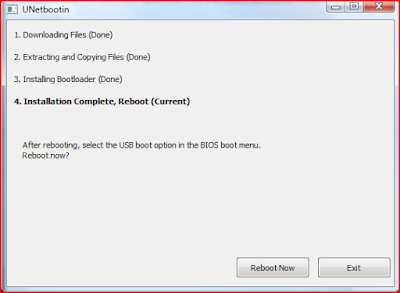 After the creation process finishes restart your machine and boot from the new usb bootable drive created and enjoy Backtrack 4 Beta on your system.

Default Backtrack 4 username is root and password is toor.

Note: Be sure that your install the MBR on the USB drive by executing drive:bootbootinst.bat on your USB drive.

Remote-exploit and BackTrack released the public Beta of BackTrack 4 the second week of February. As soon as this news came out, all sorts of people were on its download spree.  Within 5 days the download count reached 49,000+ for ISO and 17,000+ for the VMWare image.

As BT4 is still in its (pre release) Beta phase a lot of packages are missing, especially VoIP and Services sections. So you will need to manually start and control the services like sshd, vnc etc.  One more prominent change you should note is DHCP configurations and dhcp client (dhcpcd) are deliberately removed from startup script. BackTrack 4 starts in runlevel 2 where networking is disabled.

For BackTrack 4 the team introduced a new shell called “Debian Almquist Shell (Dash)” and /bin/sh is now a symlink to /bin/dash. It looks like “dash” shell does not support most of the semantics of legacy bash shell. As per wikipedia – Dash is a direct descendant of the NetBSD version of the Almquist Shell (ash).

Installing BackTrack needs at least 4 GB of free space on Hard drive. BT4 Beta has foot print of 856 MB without having voip packages. It could easily reach 1 GB mark in the future. So Make sure you have enough hard disk space before starting installation.