About 2:15 EDT today I began to get alarms from some of my monitoring software that it “can’t resolve hostname to IP address” for a couple of our lesser used domains.  So, after a little digging it looks like GoDaddy DNS (and other services) are down currently.

Enough is enough!  I’ve intended to write this review for some time now, but have neglected.  Now is the time. I don’t usually do product reviews but this must be said.

SPOILER ALERT: DO NOT BUY the Blinc M2 with FM Tuner! And don’t expect any kind of customer support or service from Quickline Motorsports! 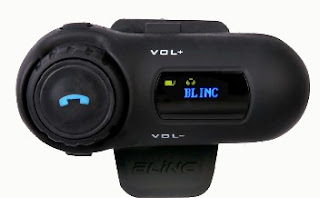 I purchased the Blinc M2 with FM Tuner (AKA 932 Vcan Blinc M2 with FM Tuner) about 15 months ago, in the spring of 2011.  Right from the start I began to notice some, I guess annoyances.  Well, initially they were annoyances now I flat out hate this thing. The problems usually just occur during or after phone calls.  As a BlueTooth-connected wireless headset for playing music it does OK. So, if I can ride without anyone calling me I usually don’t have a problem. But….

The first issue with the Bluetooth phone headset is that no one can hear me while on the phone if I’m moving more than about 20 MPH.  And, often even when I’m stopped callers say they cannot hear or understand me.  Then, after a call (whether the call is miss or answered, and whether an answered call is disconnected by my or the caller) the music being played via my phone’s MP3 player gets very choppy.  Immediately after a missed or disconnected call the music cuts out randomly for from one to several seconds.  The only way to correct this is to turn it off, then back on.  And that doesn’t always work.  Not to mention the fact that this is difficult and dangerous while driving. Note: I’ve tried three different phones and all have experienced the same issue.

Next, numerous times the Blinc M2 has just frozen.  Whenever this happens the display will show either the phone number of the last caller or some message like BLINC, or CONNECT.  The only way to recover from this condition is to use the reset key that came with the unit.  After resetting the unit has to be paired with my MP3 player (i.e. phone).

It took me a couple weeks of use to figure out the pattern of exactly what was happening and when. At that point I called Quickline Motorsports where I purchased this thing. I called three times. Two of the times I got through to what I assume was a receptionist, who after pleading my case promised to have someone with authority call me. No one ever did. The third time I left a voice mail which was never returned.  I also sent two emails to their supposed support department, neither of which was answered. I will NEVER buy anything again from Quickline Motorsports cannot recommend them.

The bottom line is that this is an adequate headset for music from an MP3 player, but nothing else.  Definitely not what it promises, nor worth the $150 or so MSRP.